All Pro Carts are bought from private golf courses opposed to public courses and all are purchased from non-coastal regions as they do not have a lot of salt on the carts which causes corrosion of the frame. Private course carts have about a third of the usage of a public course and private course carts are generally maintained.

All Pro Carts takes a golf cart removes the body, pressure washes the cart inside and out and removes all the plastic parts. Our technicians then test all the electrical components and replace any if necessary, re-paint the frame of the cart, replace the batteries with new 48-volt Crown batteries and then begin to re-assemble the cart based specifically what options the customer’s desires.

PROS AND CONS OF BUYING A REFURBISHED VS. NEW CART

Refurbished
• Looks just like a new cart and you will save over $2,000.
• You can build your cart to your exact specifications.

New
• New RXVs have a three-year warranty vs. a one-year warranty on the refurbished cart.
• Resale value will naturally be higher as the cart is three years newer.
• Better financing options sponsored by EZGO.

Featured Available Options to choose from:

• Charge meter: Functions as a fuel gauge on an electric cart and lets you know how much juice you have in the batteries.
• LED head and tail lights: Better lighting and longer bulb life than traditional halogen lights.
• New custom paint: All Pro Carts allows for flexibility to choose any automotive color
• Fold down windshield: Enjoy the breeze or close it up to stay dry and avoid the wind!
• Larger 14-inch wheels: Not only change the look of the cart, but also with the larger radius tire will allow the cart to go about 10 percent faster.
• Short tops cover:  For the front two passengers/long tops cover the front and rear passengers
• Converters: They convert the 48-volt system to 12-volts. Rather than tie any electrical components to one battery, it will equally distribute the charge. The benefit is that it will help save your batteries and prevent the lights from flickering.
• Mirrors: These are important so you can see a car traveling behind you as well any obstacles when backing the cart up
• Rear safety bar: Goes on the rear seat to help passengers in getting on the cart and exiting the cart.
• Rear arm rests/cup holders: Allows the rear passenger comfort with an armrest and a cup holder to hold their drink.
• Custom steering wheel: Allows you to convert the look of a golf cart steering wheel with the scorecard holder to match the colors of your cart and are cool looking.
• Under carriage lights: Multi-colored lighting system that allows a variety of colors to display underneath the cart at night and be programmed to flash or to be constant. A great safety feature as your cart can be easily seen at night.
• Retractable seat belts: In some areas are required to make you cart golf cart street legal. A great safety device and more effective on rear seat where passenger cannot anticipate quick stops and turns.
• Turn signals: Again in some areas required to make you golf carts street legal. Check with your local ordinances to see requirements.
• Battery refill system: Allows you to fill your batteries with distilled water with only one entry point (rather than checking with each cell) and will only fill the cells that need water and will not overfill the cells.
• Radios: Like cars, golf carts have a variety of different packages with different speakers available.
• Custom seats: Allows the customer to have a one of kind custom look to their cart.
• Custom paint details: Two-tone paint and airbrushing that make your cart look unique and attractive.
• Lift kits: They lift your cart up and not only have a great cosmetic appearance, but also help your cart function on off road and the woods.

The EZGO RXV was introduced in 2008 and has the latest technology unmatched by any competitor and features custom appointments of its own.

The two biggest differences are:

1. Advanced inteliBrake technology: This is unlike your normal golf carts in that you do not have to place in park by pressing the brake pedal as on traditional carts. The cart auto locks itself when you turn the key to the off position. This is a great safety feature as on the traditional carts all you have to do to release the brake is push the gas pedal and then the cart is rolling. If you have children that like to play on the carts, the braking system is a must. The system also is a performance system in that regenerates your batteries that allows your run time to be about 20% longer than a traditional cart.

2. Traditional carts come with a DC motor: The RXV has an AC (articulating current) motor that is much more powerful and will run in access of 20 mph and when driving over hills, you don’t lose speed as a tradition cart.. 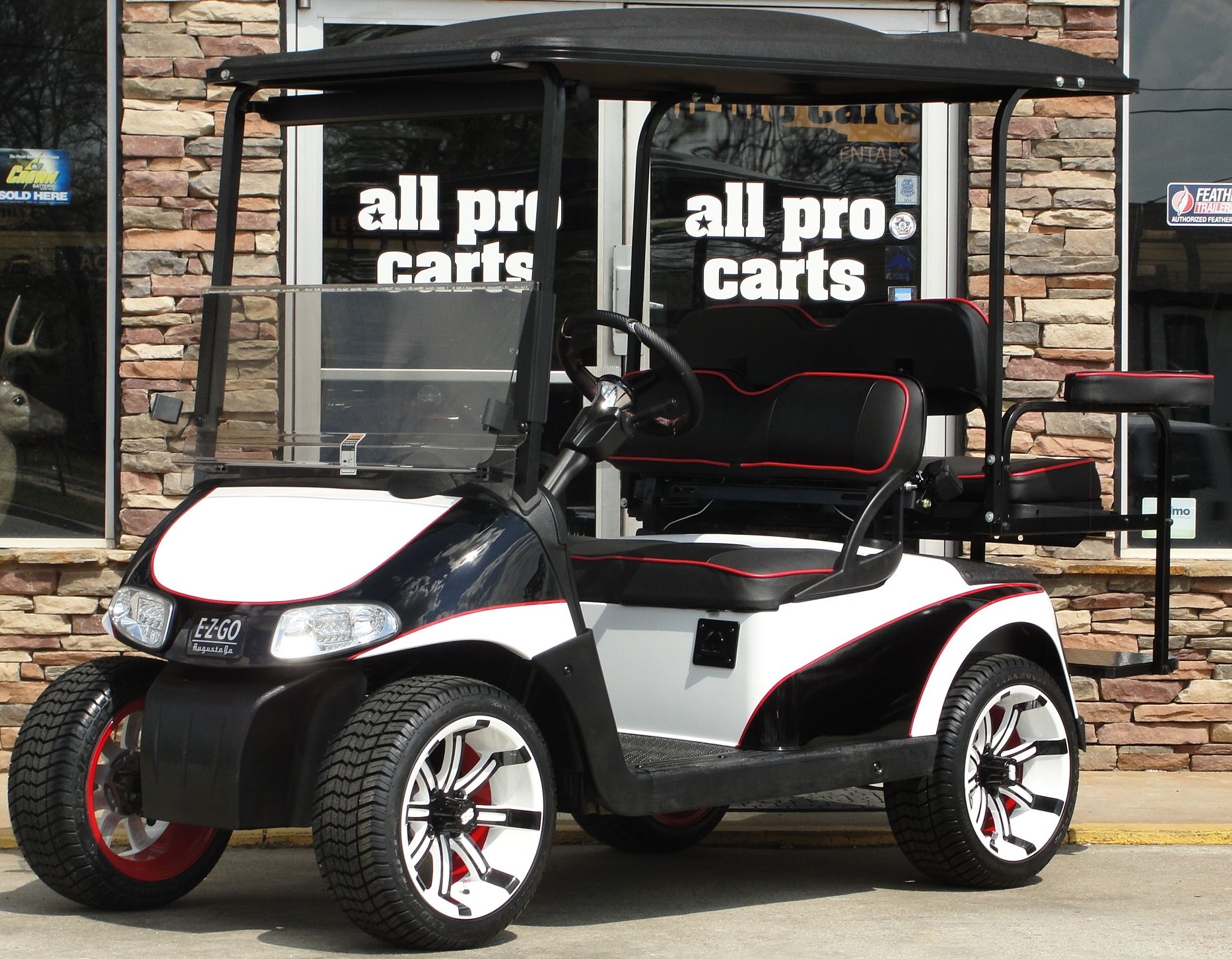 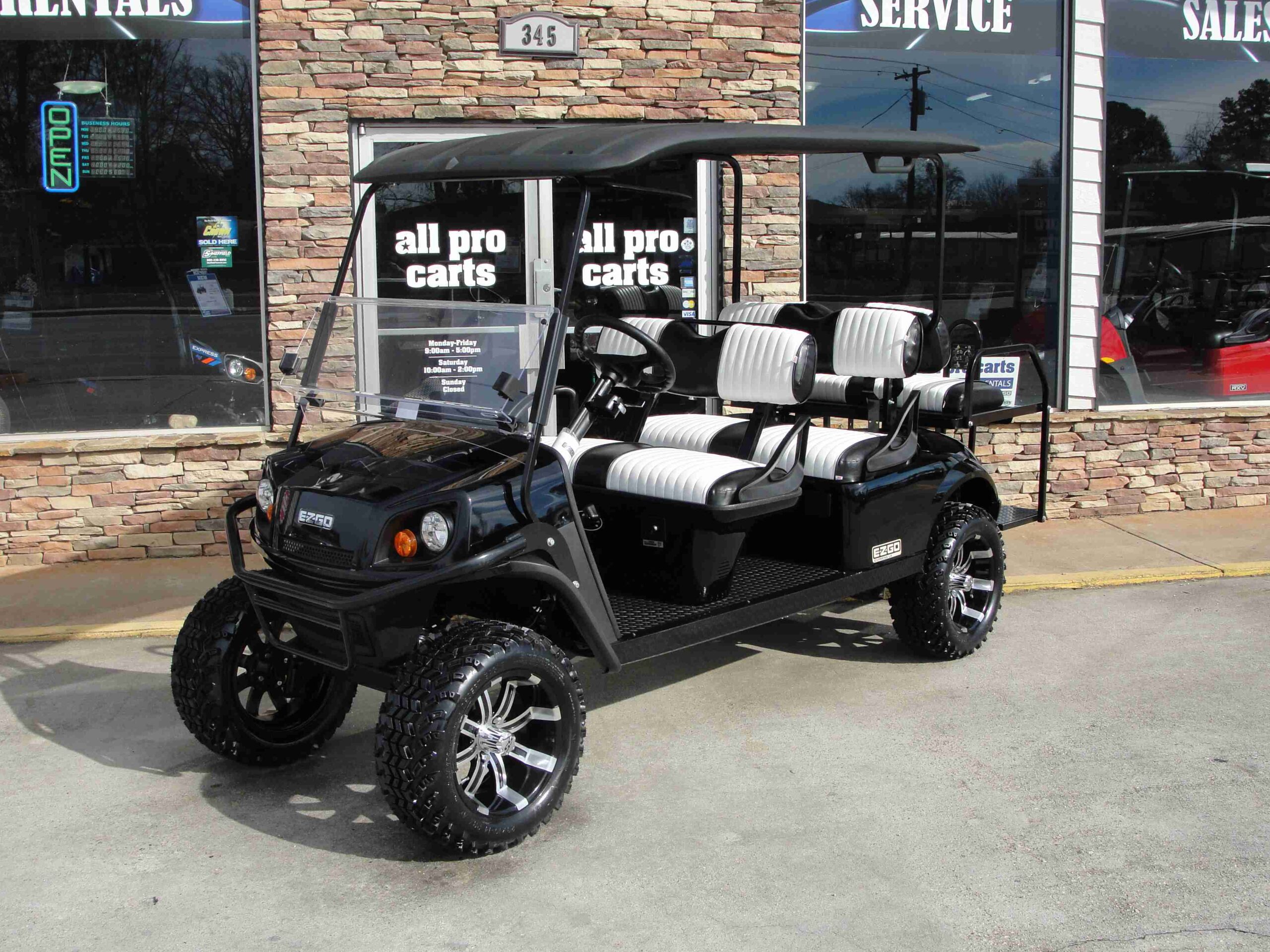 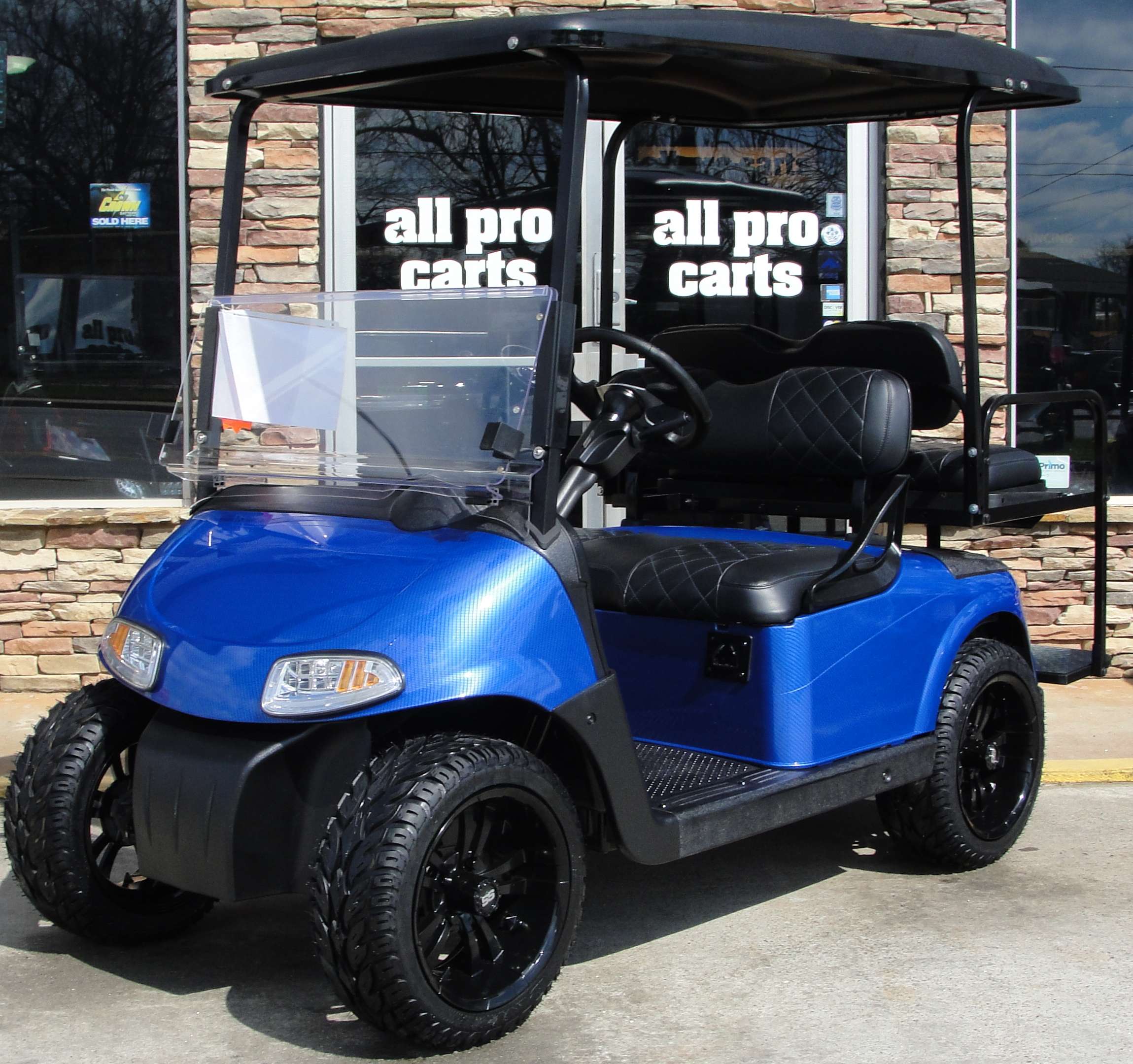 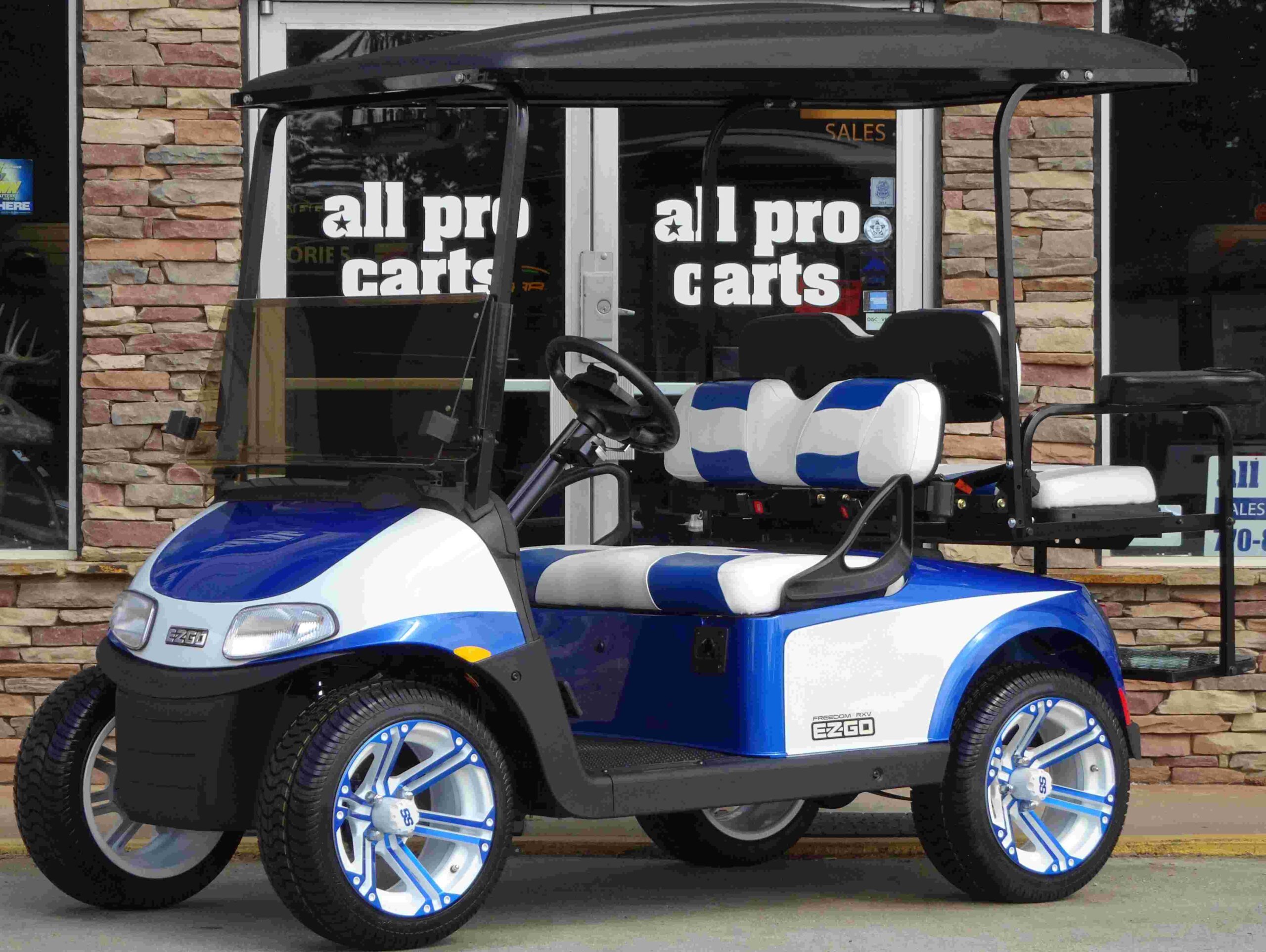 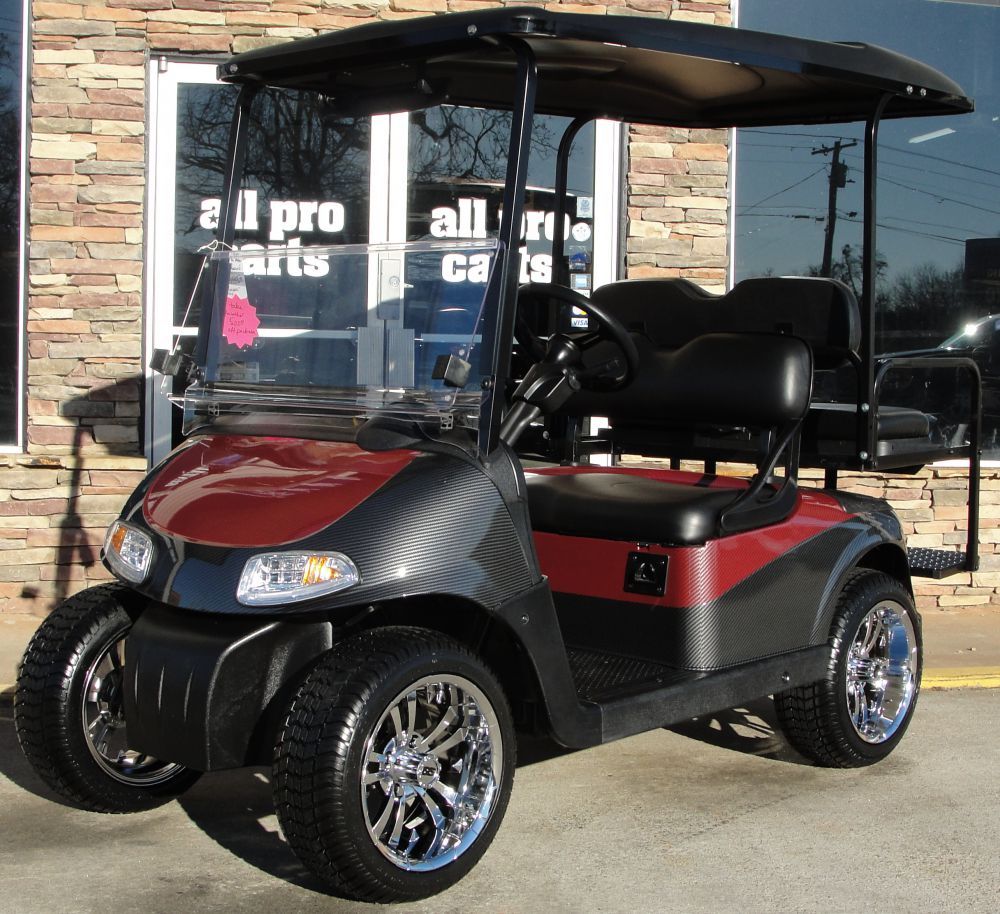 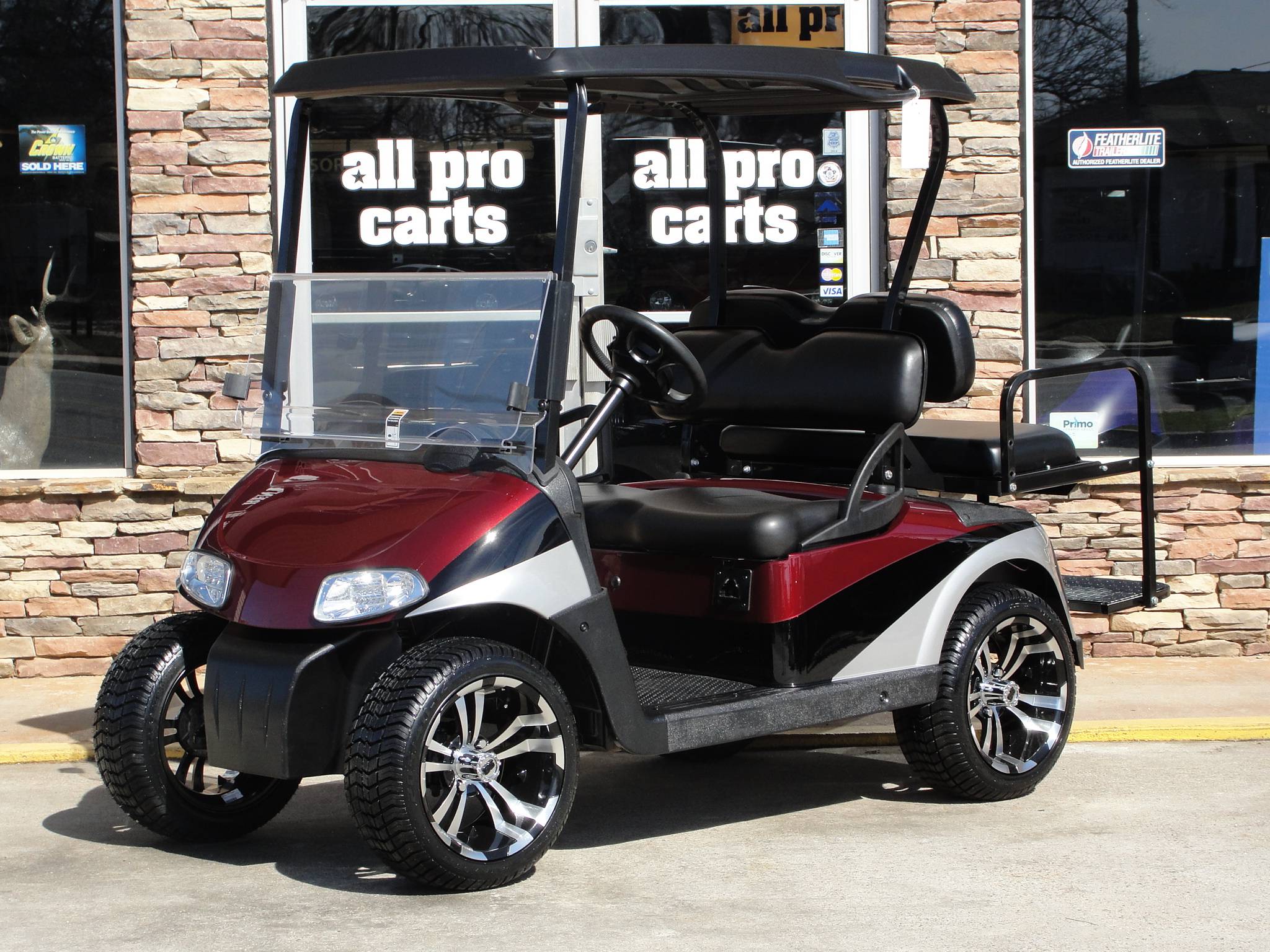 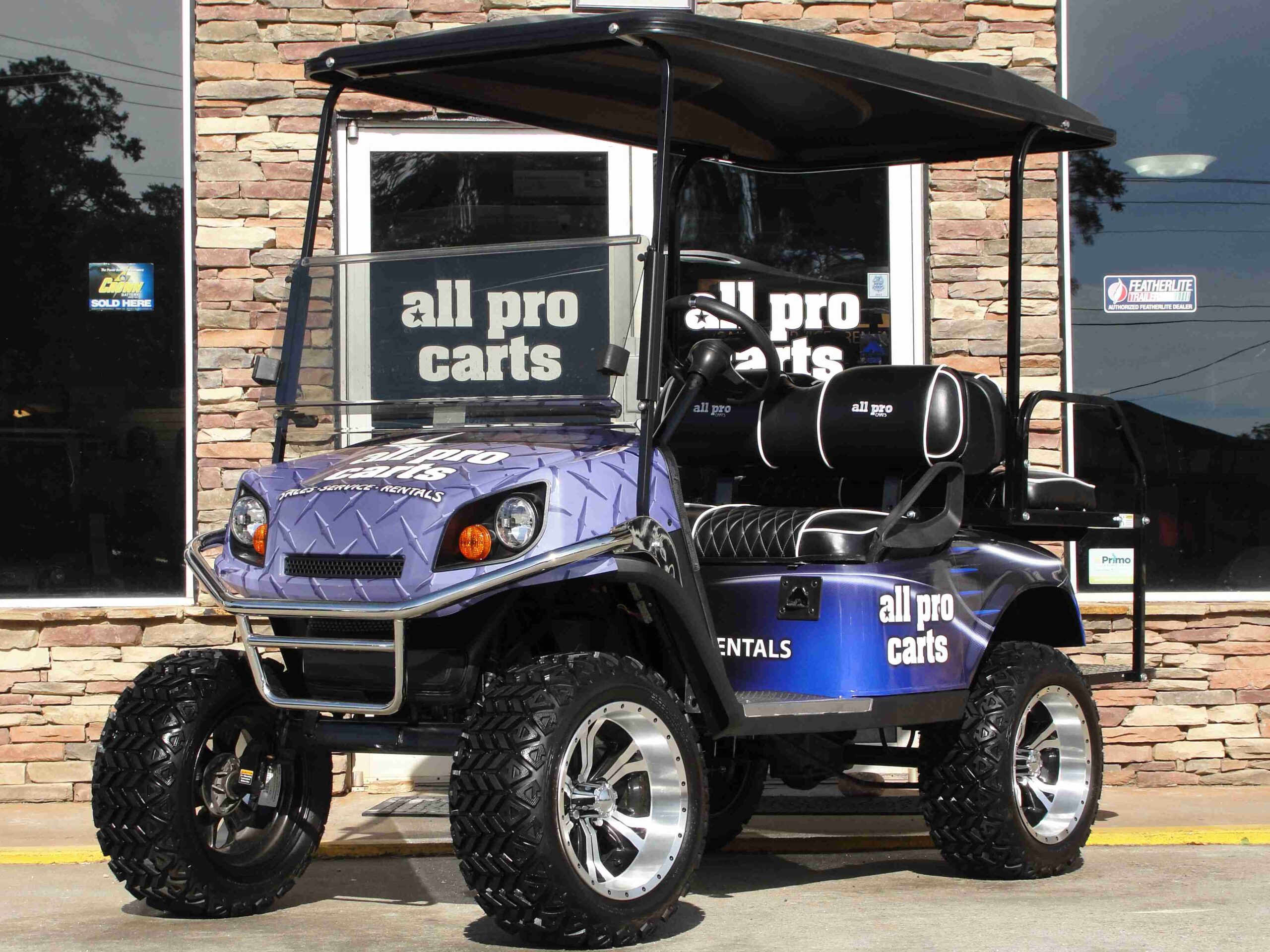 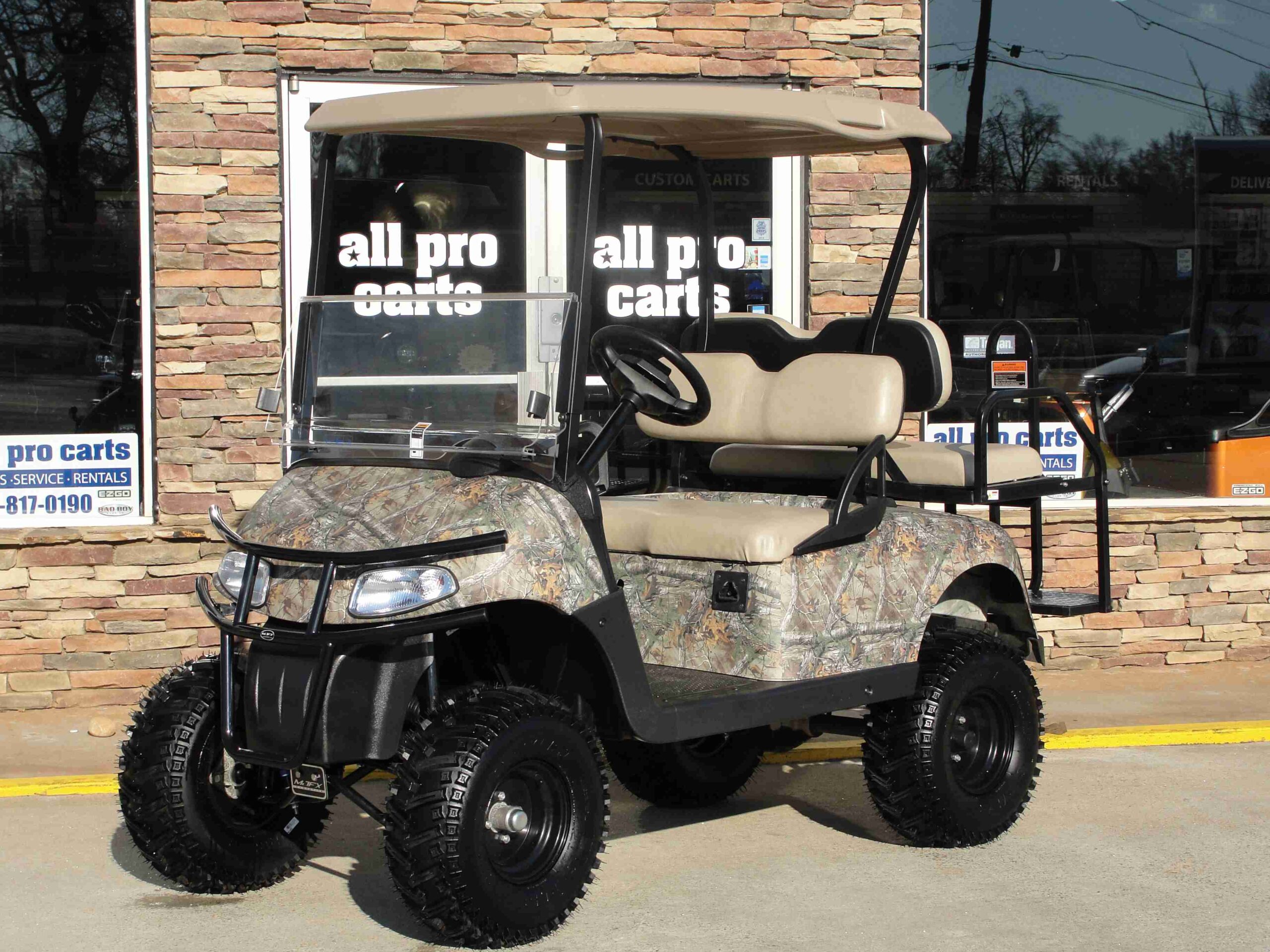 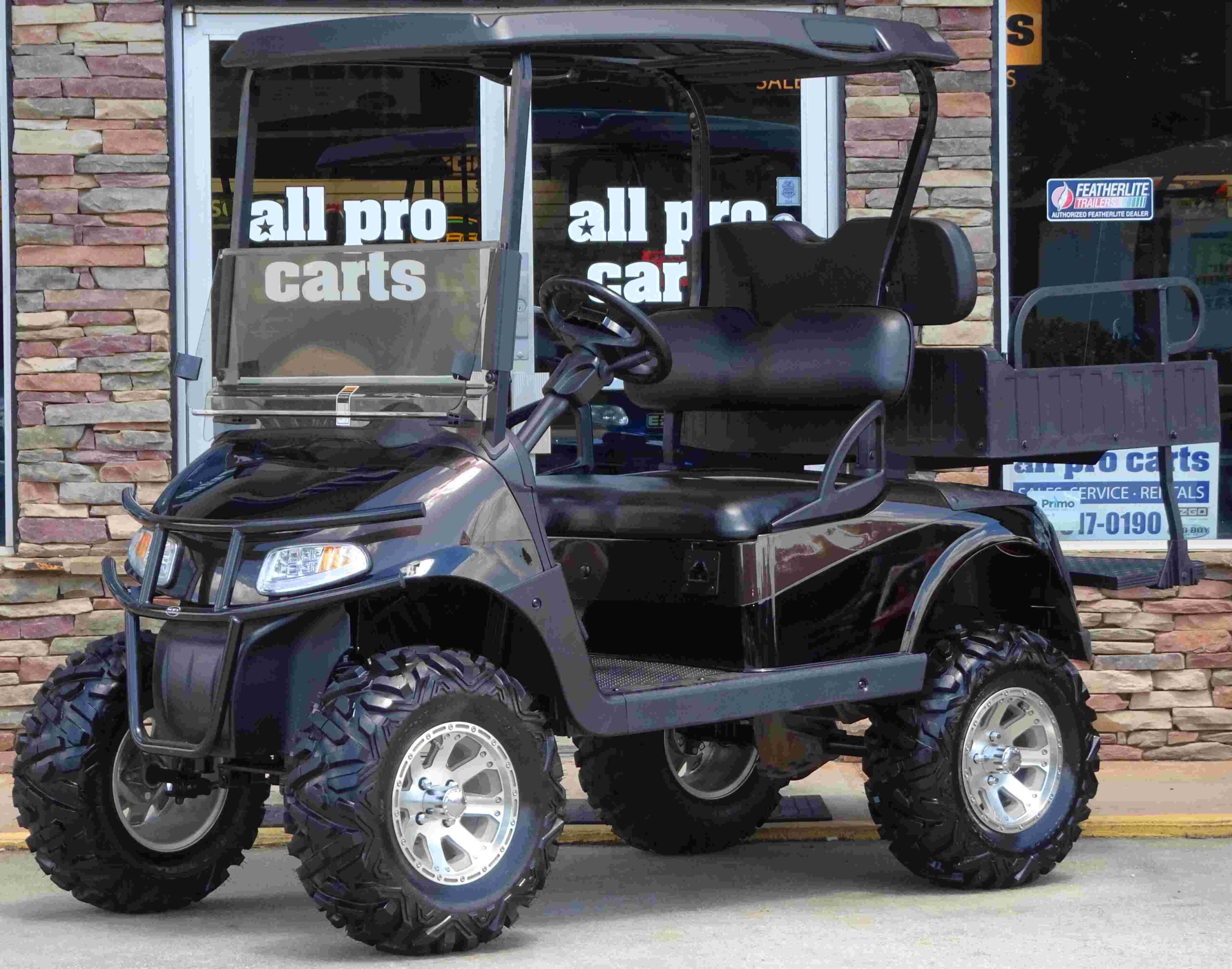 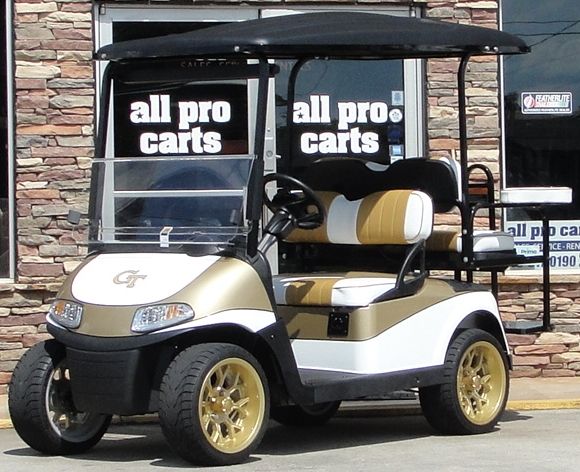 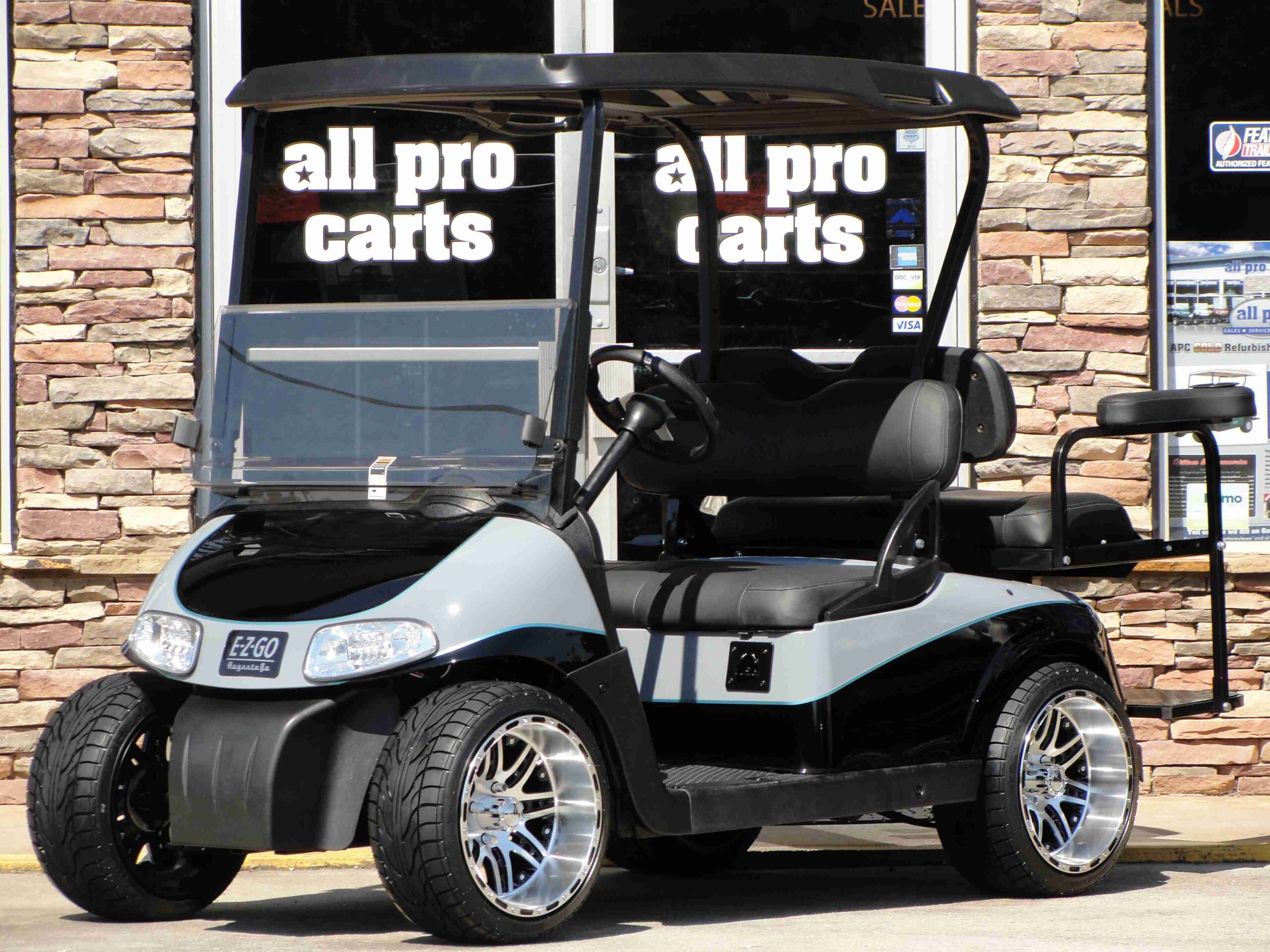 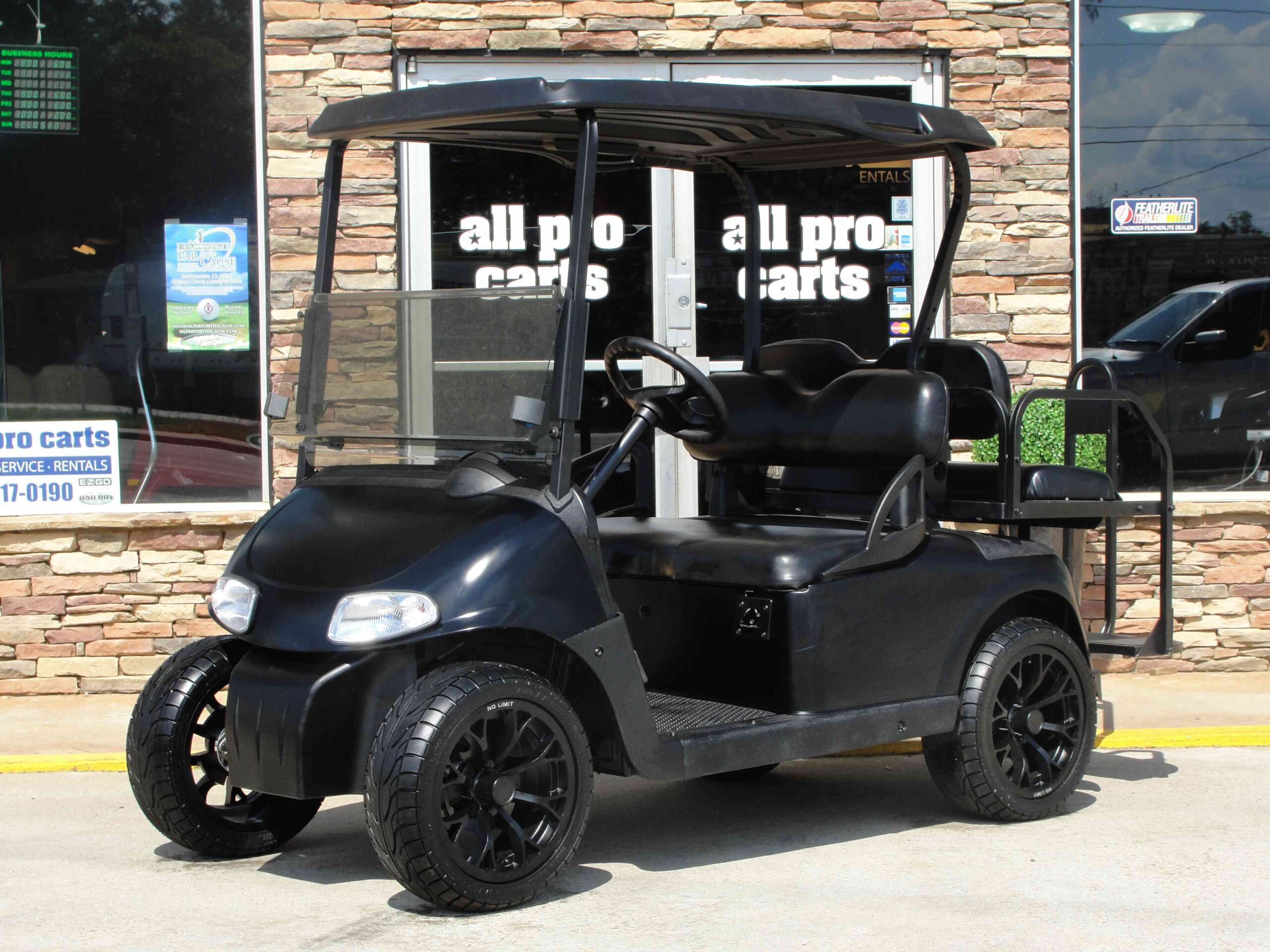 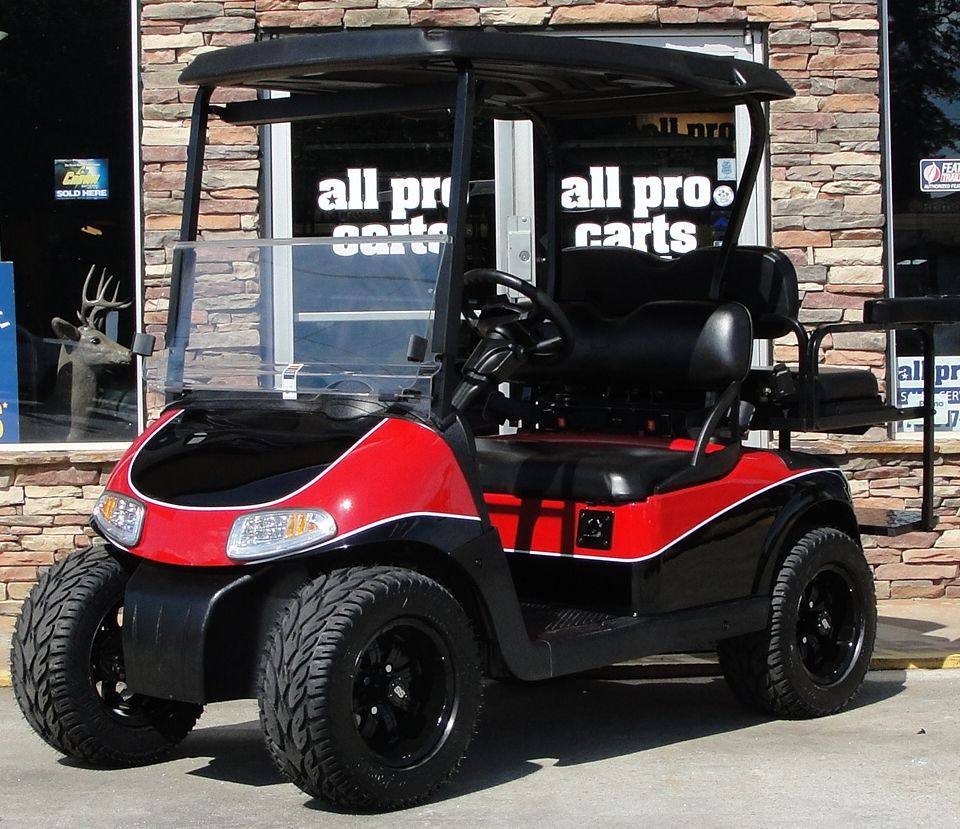 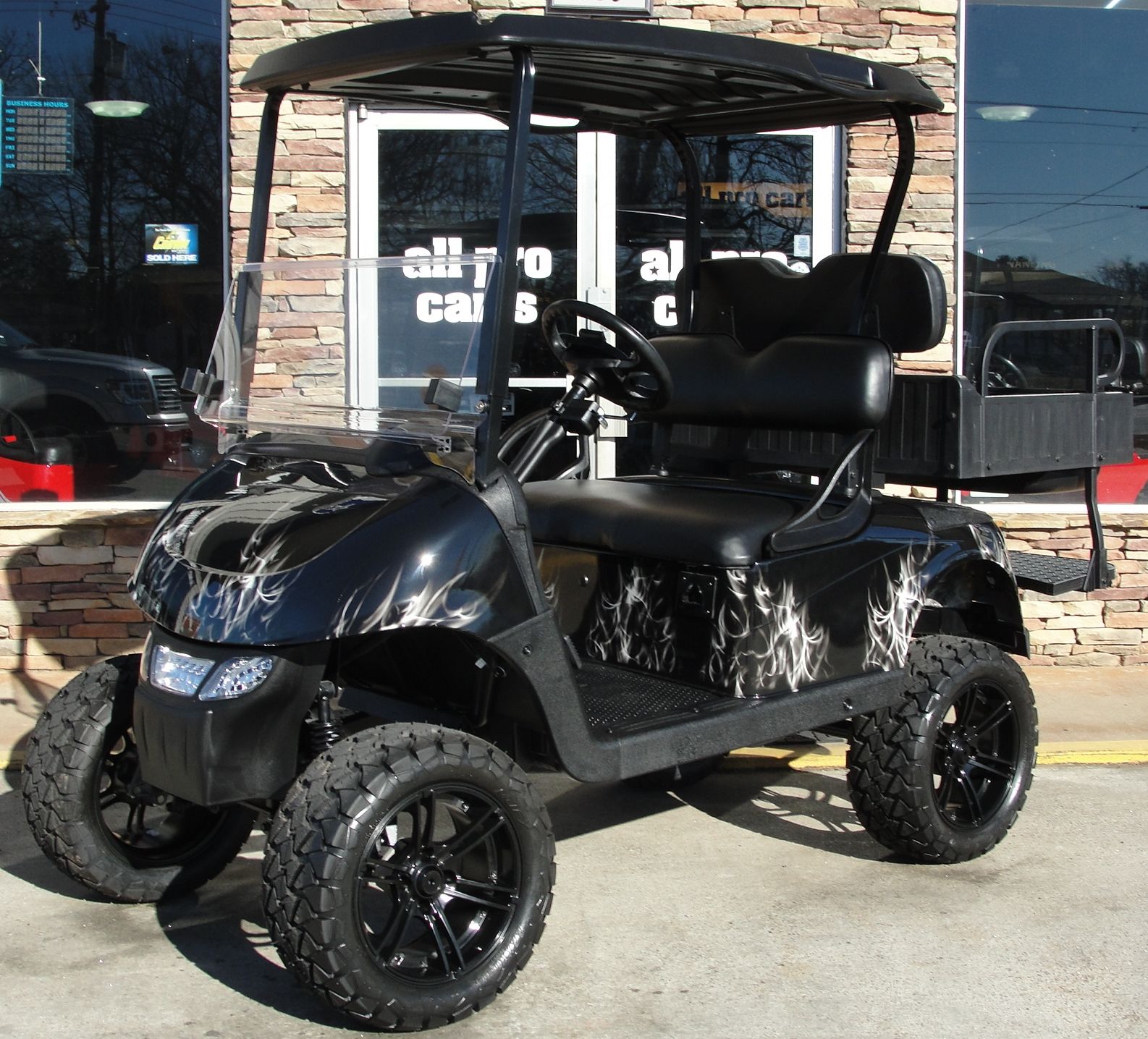 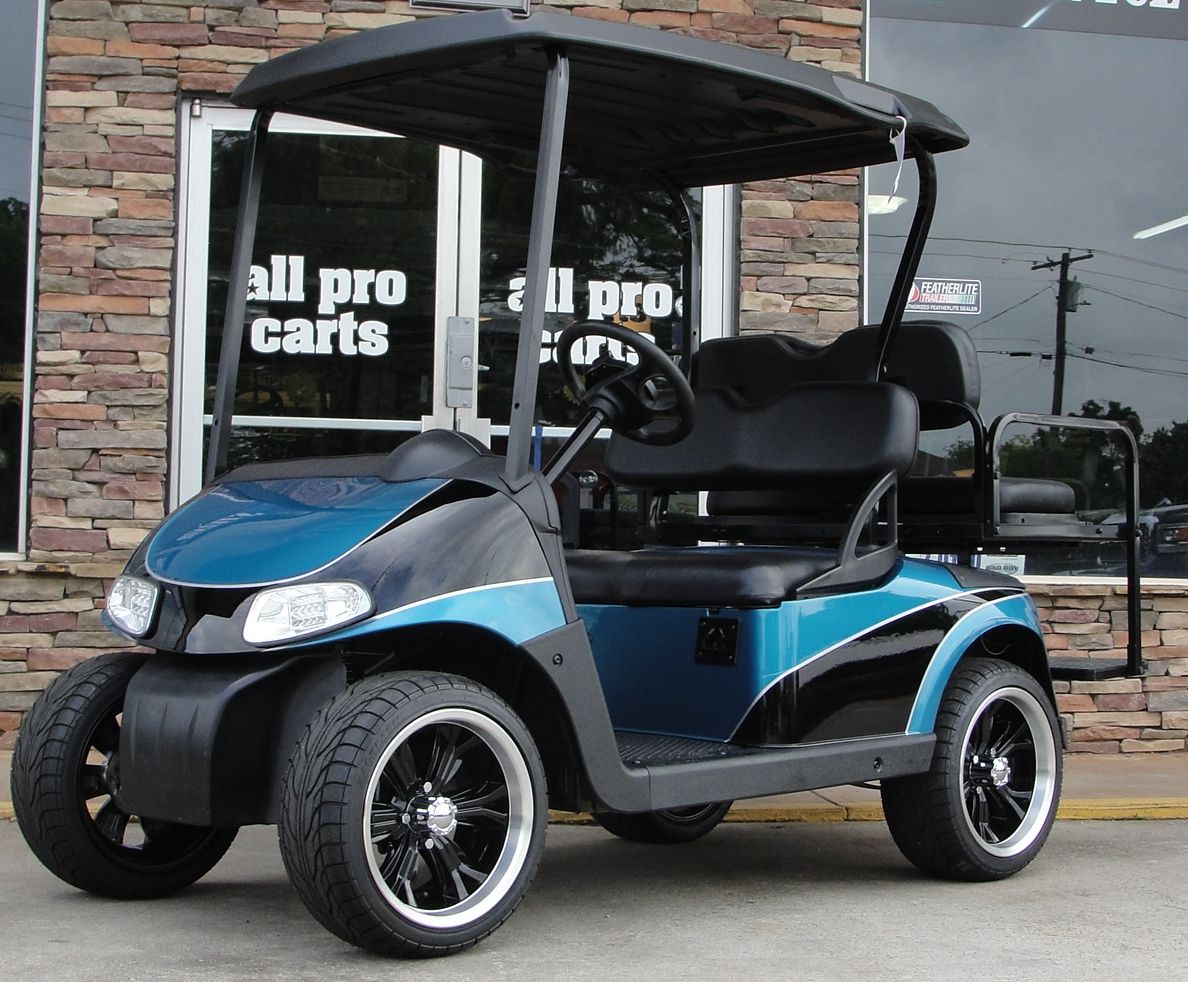 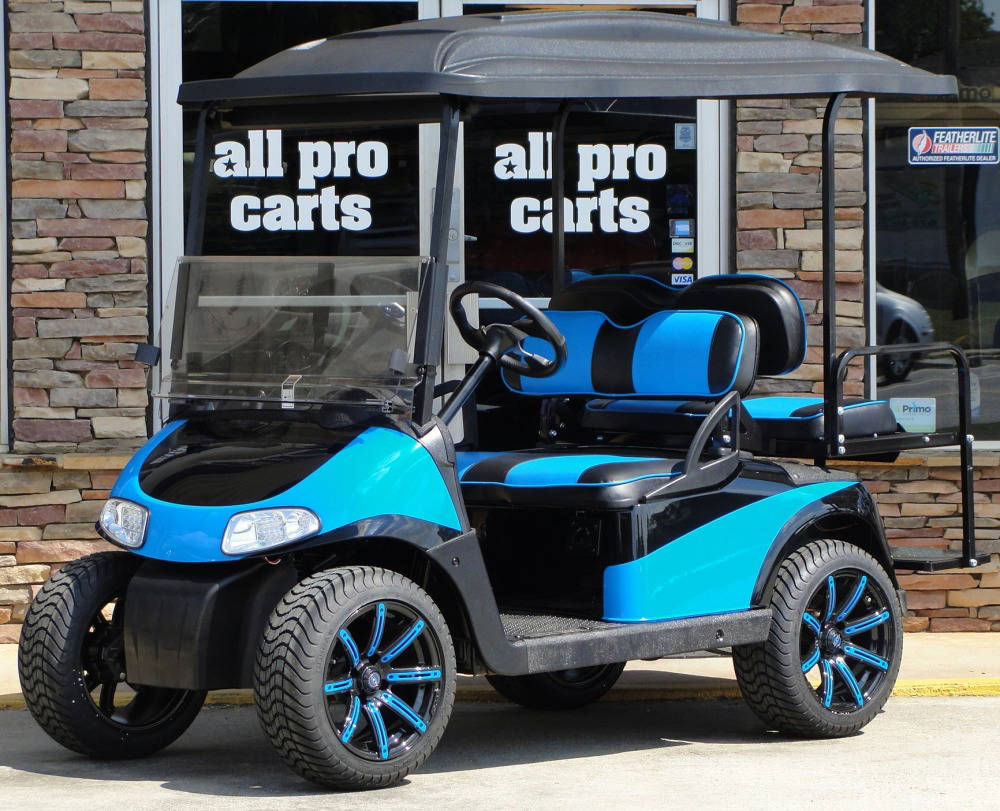 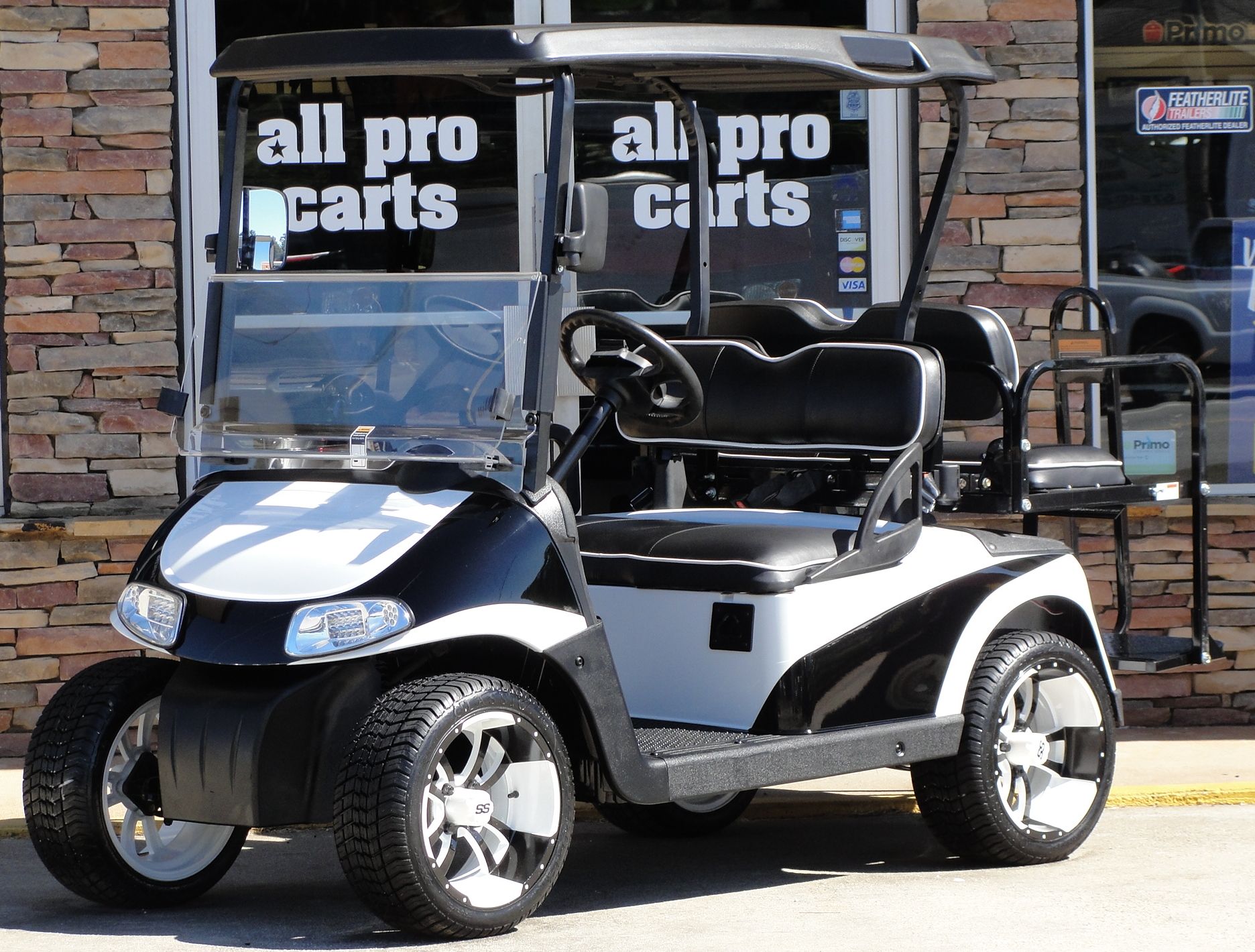 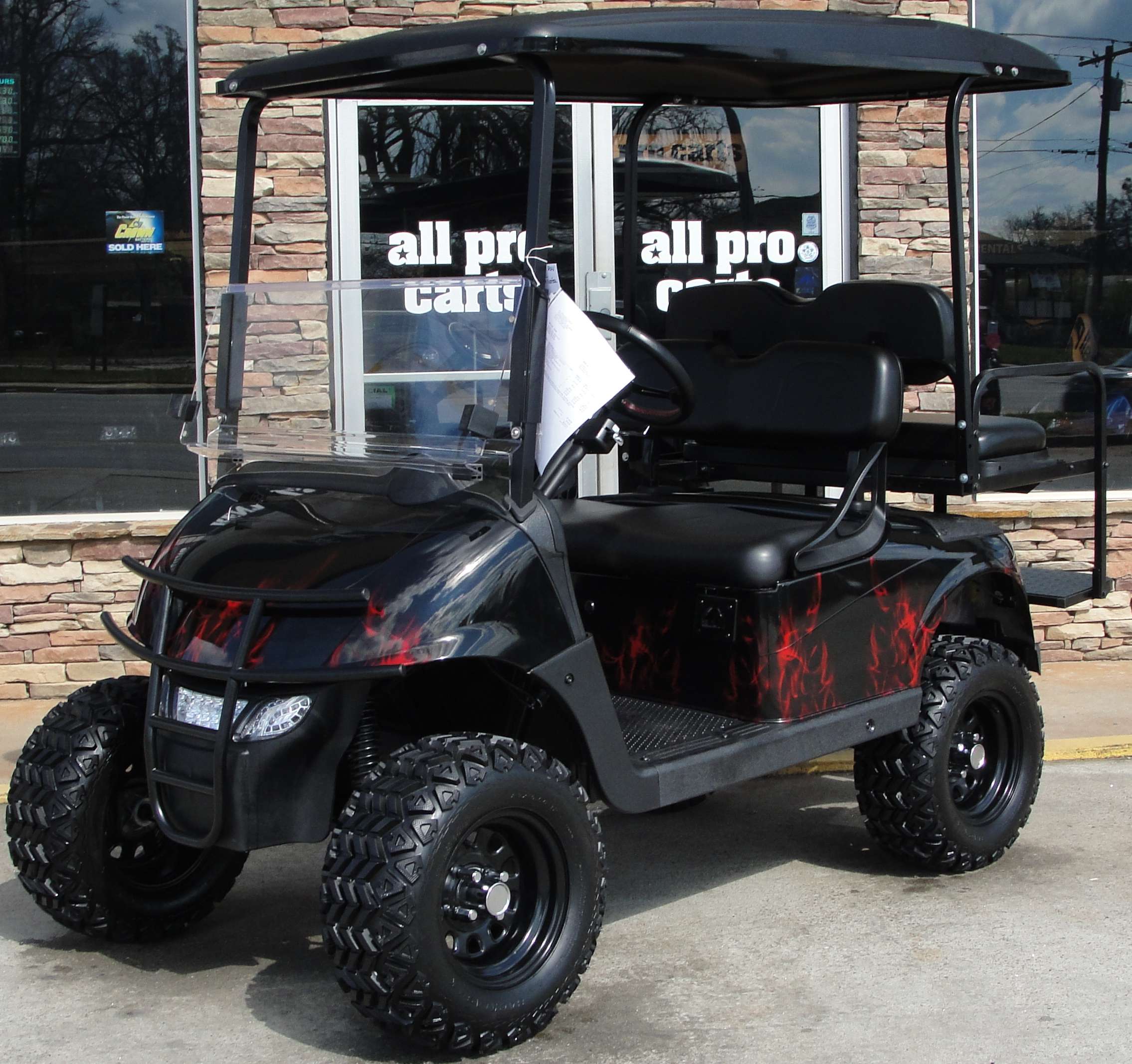 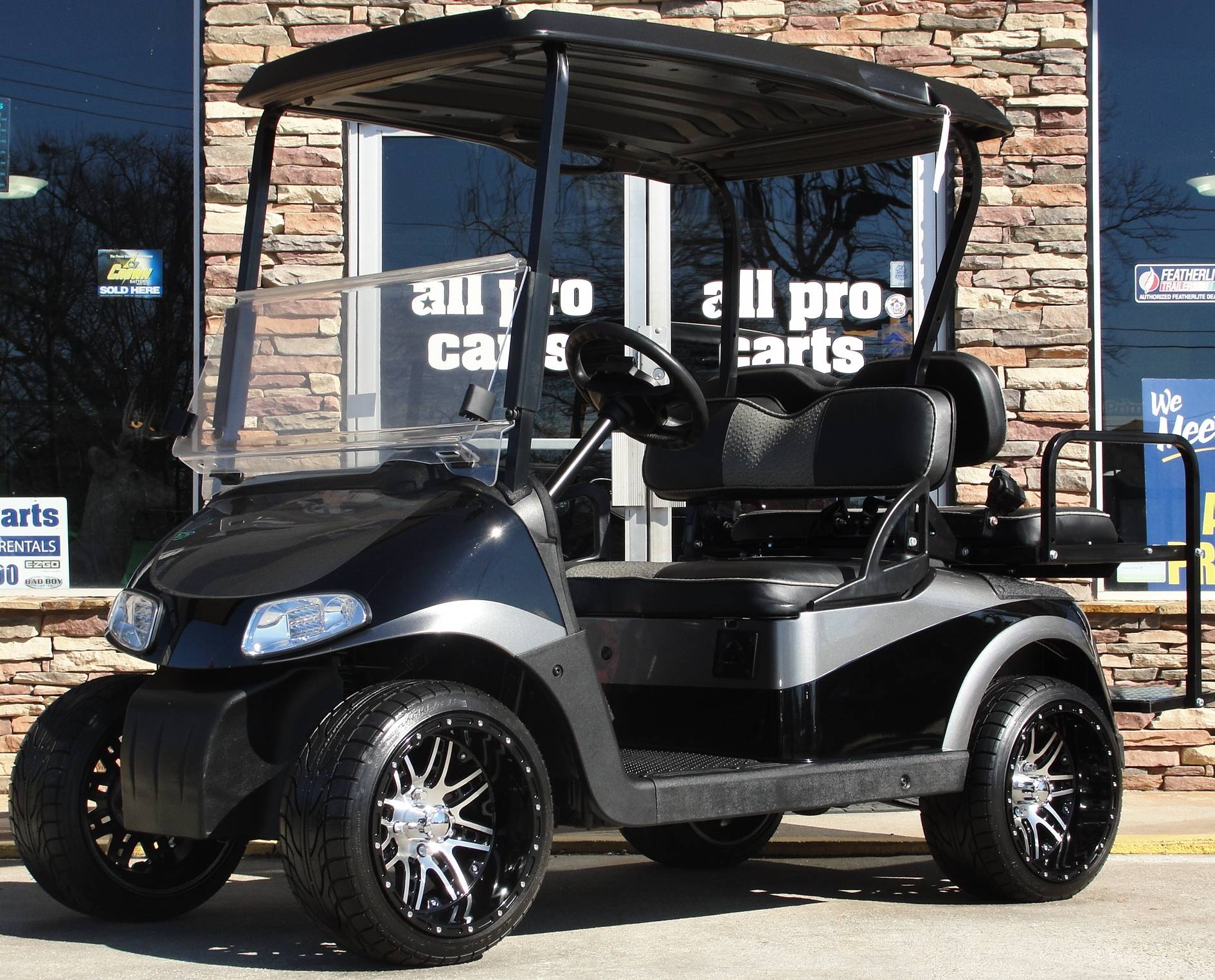 Contact our team of experts for a free quote!